The Sunset Strip is where Los Angeles has come out forever to blow off steam, spend small fortunes, engage in different forms of hanky panky, see and be seen, avoid paparazzi, do anything to be shot by paparazzi, gamble, cavort, couple, uncouple (consciously and otherwise), get high and get low.

The layers on the Strip go quite deep— the most accurate description for it is the ancient literary word “palimpsest,” which explains when so many people have written over a piece of parchment that you can see all the different texts from all the different ages at once. Often, any survivor of the Sunset Strip who tells his or her war stories speaks of “ghosts,” not only in the sense of the famous dead that inhabit the area (Marilyn Monroe, Jim Morrison, John Belushi, River Phoenix, etc.) but more generally in the sense of a place implacably inhabited by all the parties of yesterday— and of today and tomorrow.

The Sunset Strip is a worldwide legend.

The beauty of yesteryear— a time when it was known as the refuge for old-guard Hollywood elite like Marilyn Monroe, Clark Gable, Greta Garbo and home to iconic nightclubs and bars like Ciros and Mcambo has grown into a favorite destination for local and world travelers alike in the world’s entertainment centre.

Today The Sunset Strip, or just The Strip, stretches 1.6 miles through West Hollywood City’s center. The Strip offers restaurants, hotels, music venues, nightclubs, and upscale retail shopping that are regularly listed in the best lists of the country, luring a diverse crowd from every corner of the world.

77 Sunset Strip, a television series from 1958 to 1964, was set on the Sunset Strip between La Cienega Boulevard and Alta Loma Street, although the address was fictitious, since street numbers were in the 7000-8000s. During the calendar year 1960, a second crime drama, Dan Raven, starring Skip Homeier, aired on NBC, also set on Sunset Strip. Dan Raven has featured several celebrities, including Bobby Darin, Marty Ingels, and Paul Anka, appearing as themselves. The 1979 film Hardcore had Sunset Strip scenes when Jake Van Dorn, character of George C. Scott, traveled to Los Angeles to locate his missing teenage daughter.

Studio 60 on the Sunset Strip was a television drama behind the scenes of a late-night comedy sketch show performed at a fictional Sunset Strip theatre.

The Rock of Ages stage production, which took place in Los Angeles at Vanguard Hollywood on January 27, 2006, inspired the 2012 film of the same name. In 1987, the line of story is based along the Sunset Strip.

Los Angeles-based artist Edward Ruscha created the artist’s book Every Building on the Sunset Strip in 1966. 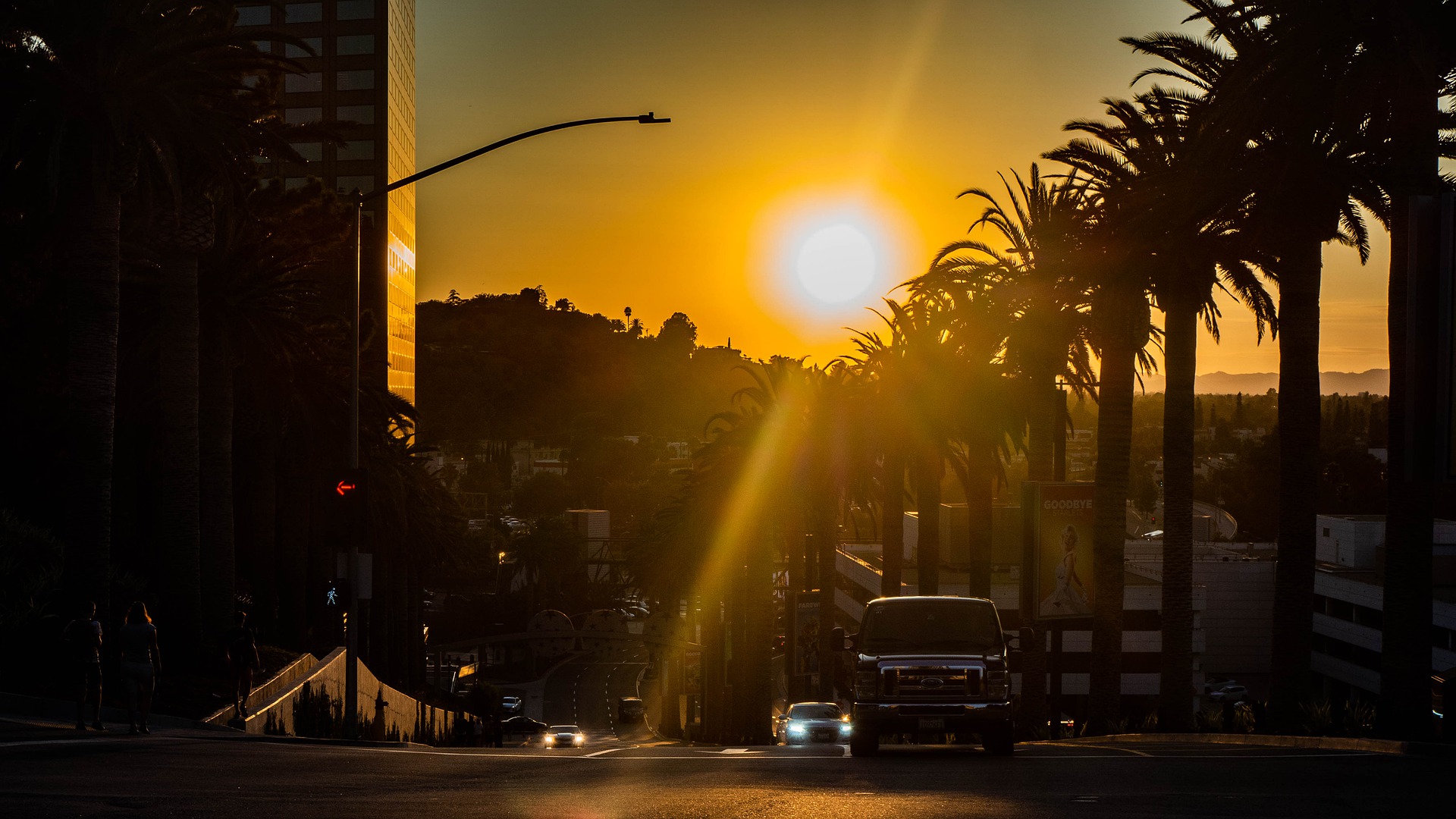